What Happens If Obesity Is Not Treated? Diseases Caused by Obesity 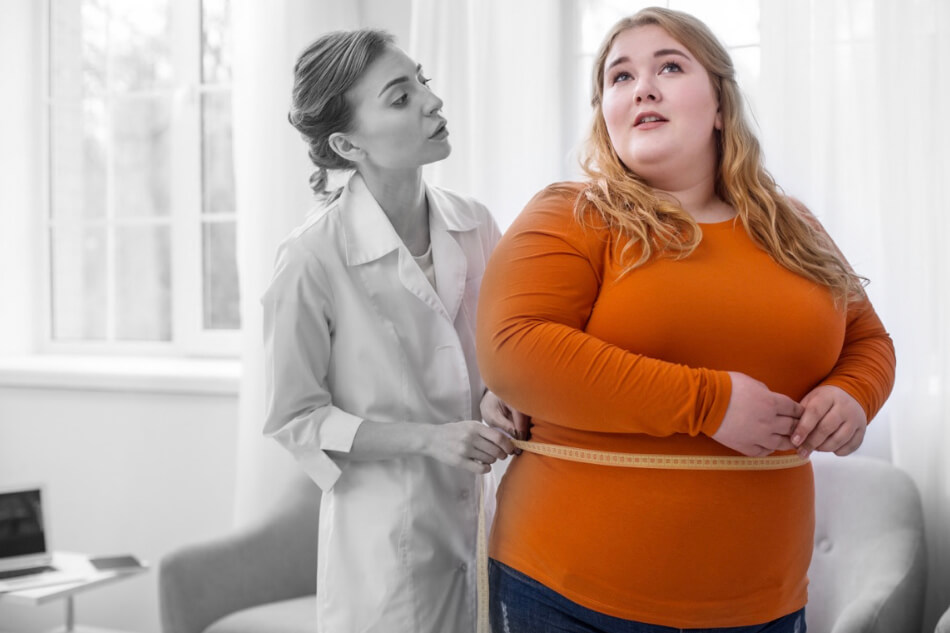 Obesity is a state in which the quantity of fat mass in the human body exceeds the amount of lean mass, which contains other components such as bone, muscle, and water. In other terms, obesity is defined as having a body mass index that is much higher than one’s height. High abdominal fat is a root cause of many chronic illnesses, including glucose intolerance and diabetes.

Obesity is a condition that may be avoided and treated with weight loss regimens and other lifestyle changes. However, in highly obese individuals with advanced obesity, especially when the risk of catastrophic consequences is considerable, bariatric surgical procedures such as gastric sleeve, and gastric bypass can be performed in accordance with physician recommendations.

Obesity is a health issue that has a significant impact on human life and is a key risk factor in the development of many diseases; thus, it must be addressed. When the mortality (death) rate in obese persons is capable of handling the treatment process with diet-based weight reduction strategies, weight loss should be carried out programmatically with a nutrition plan produced individually by the dietitian.

However, if obesity has resulted in serious and life-threatening consequences, bariatric surgery may be necessary. How and when these treatments, including as gastric bypass and gastric sleeve, will be used should be determined after a thorough assessment by the bariatric surgeon.

Obese people are nearly three times more likely than normal-weight persons to get hypertension illness, which is widespread in our nation and across the world. Many factors contribute to hypertension in obese people, including an increase in adipose tissue, which leads to increased insulin production (hyperinsulinemia) and insulin resistance, as well as degradation in vascular and cell structures. As a result, losing weight in obese people is particularly successful in avoiding or slowing the course of hypertension.

Diabetes, often known as diabetes mellitus, is one of the most frequent chronic illnesses caused by obesity. Excess adipose tissue in humans affects the sensitivity of cells in the body to the hormone insulin, resulting in a health concern known as insulin resistance. High blood sugar is noticed because sugar in the blood cannot be absorbed into cells that have become insulin insensitive.

Excess fat, particularly in the belly, can impair cardiac function in obese people by exerting pressure on the heart. Furthermore, as a result of the insulin resistance that develops as a result of obesity, blood sugar levels may rise, causing structural degradation in the arterial walls, which may form the basis of cardiovascular disease. As a result of all of this, obese patients have a substantially higher risk of cardiovascular disease than healthy persons. Obesity treatment should begin as soon as feasible in order to prevent these problems.

Another health issue for which obesity is a risk factor is paralysis, generally known as stroke. Paralysis is defined as the inability to move muscles in a certain portion of the body voluntarily for any cause. Obesity individuals have a higher risk of major acute consequences such as myocardial infarction (heart attack) and cerebral hemorrhage due to structural degeneration in the arteries and an increased risk of hypertension.

Obesity patients are typically those who have high cholesterol levels in their blood. If the quantity of cholesterol in the blood, which is also in the content of bile generated in the gallbladder, is higher than usual, the quality of the bile deteriorates, resulting in the production of gallbladder stones. As a result, gallbladder illnesses, which advance with negative outcomes such as gallbladder stones and bile duct blockage, are strongly associated to obesity.

Asthma, one of the illnesses that significantly impairs quality of life, is far more severe in obese people than in normal-weight people. Asthma episodes become more often in individuals as they gain weight, making it tougher to keep the condition under control. As a result, it is critical to offer weight control in order to boost the success rate of asthma therapy that is connected with obesity.

Obesity patients who feel bad aesthetics face challenges like as being tolerated or excluded from society, in addition to the medical complications it causes. In this setting, the likelihood of developing psychological issues such as depression, low self-esteem, and obsessive-compulsive disorder increases. Weight control and achieving an individual’s optimal weight can help to reduce the psychological difficulties that emerge in these people and the problems that they create.

Sagging and expansion of the palate and uvula, as well as restriction of the airways and shortness of breath, are prevalent in obese people. During sleep, the respiratory system narrows due to the weight exerted by the abdomen portion of the body in a supine posture. Sleep apnea, a health disorder defined by the stoppage of breathing while asleep, comes as a result of these difficulties.

Call Our Clinic to Treatment!

Turkey’s most famous and most prestigious general surgeons work in our clinic where we perform obesity treatments. You can call us to be treated in a fully equipped hospital. Our contact information, where you can get information and appointments, is available on the Contact Us page. 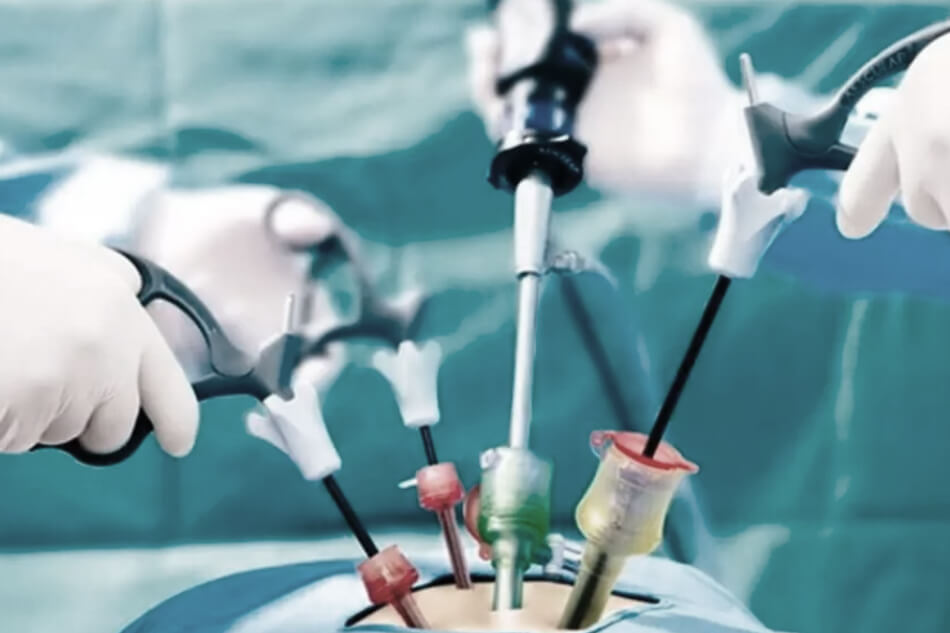 Laparoscopic Gastric Sleeve Surgery – What You Need to Know?

What Happens If Obesity Is Not Treated? Diseases Caused by Obesity 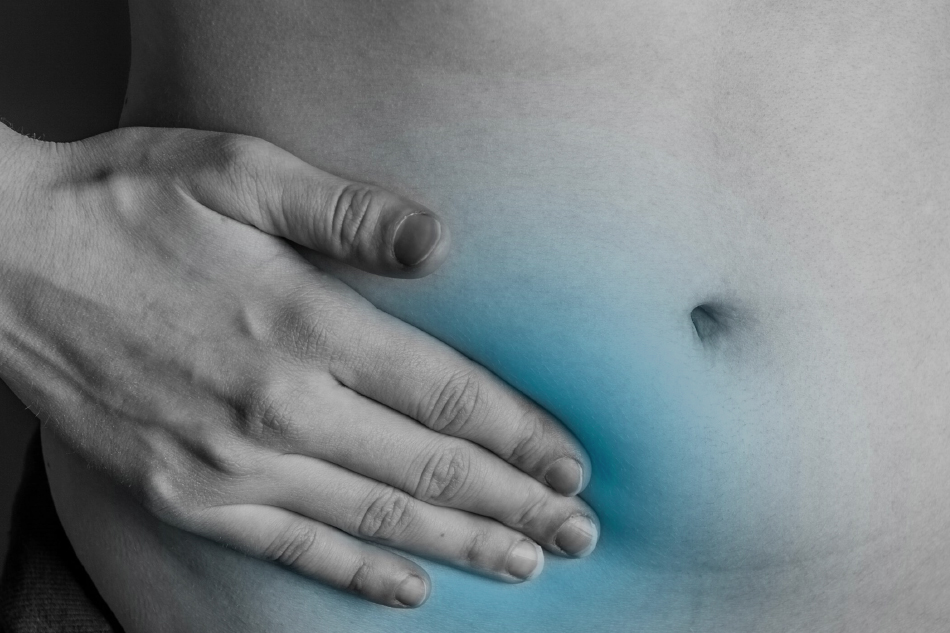 People with Hernia Attention Here! You Can Get Rid of Obesity! 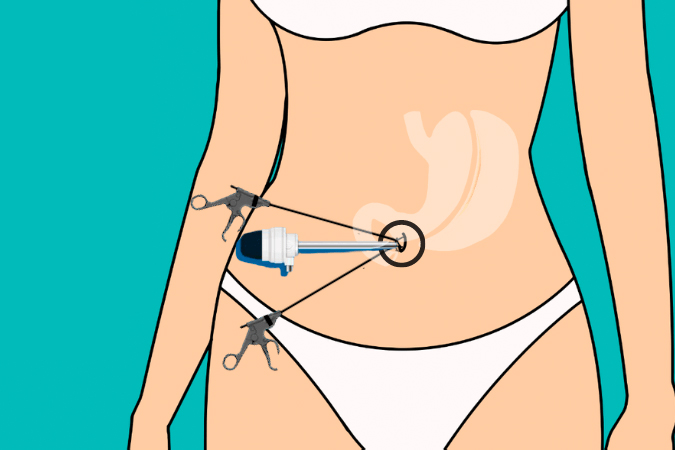 If You Are Diagnosed With Reflux, Can You Have Gastric Balloon Surgery? 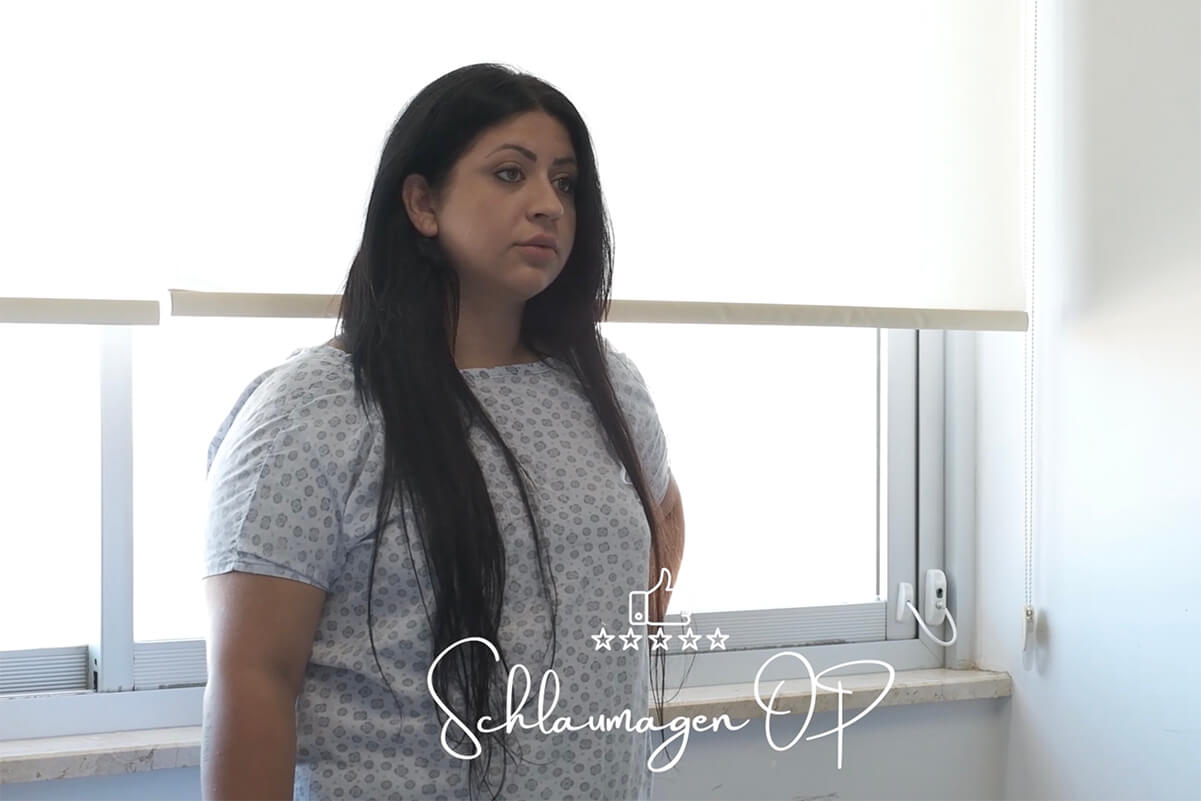 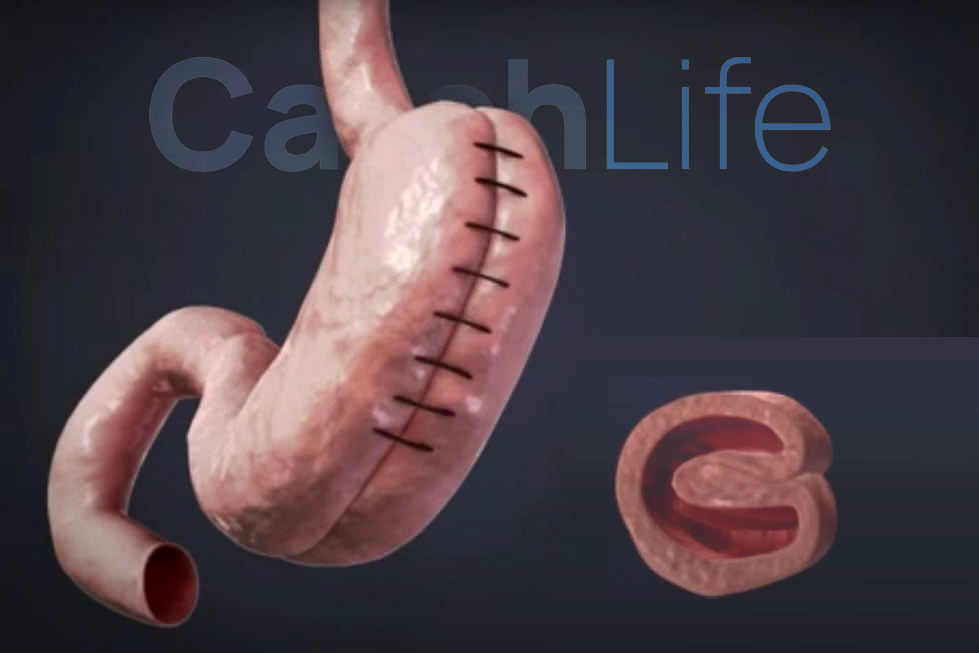 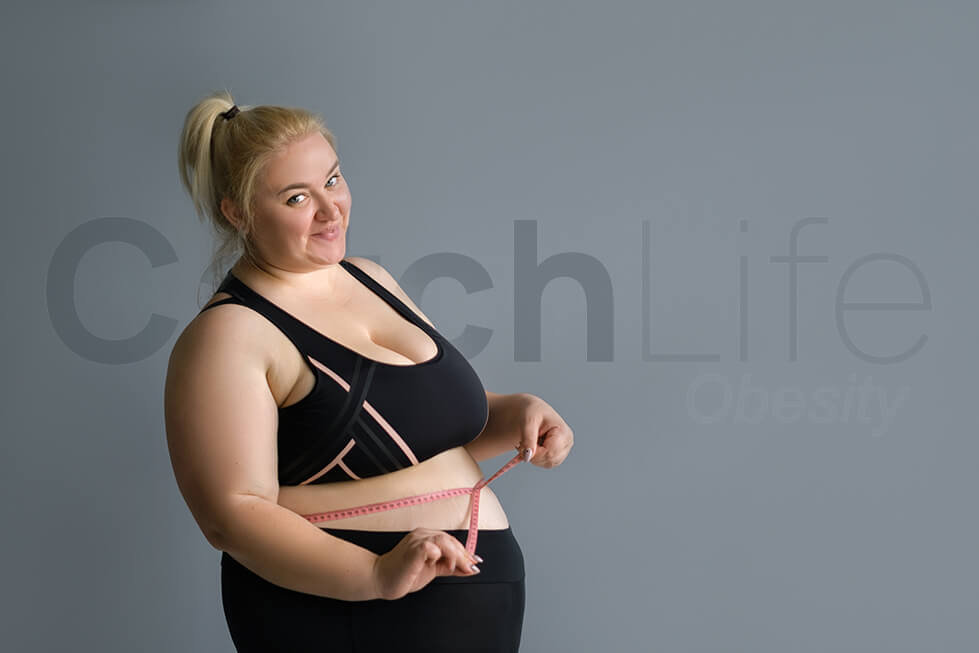 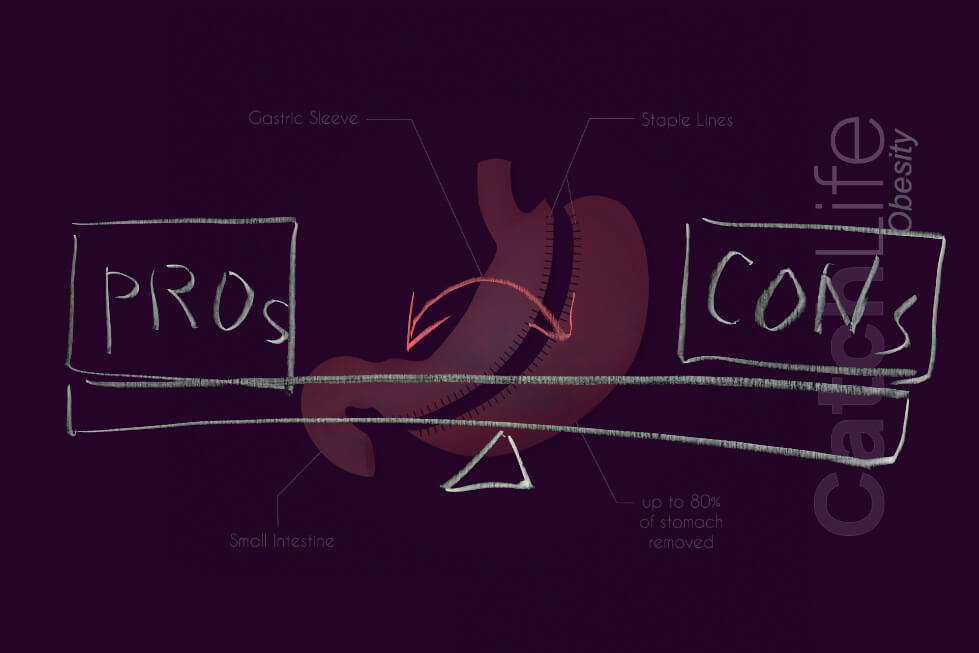 The Pros and Cons of Gastric Sleeve Surgery 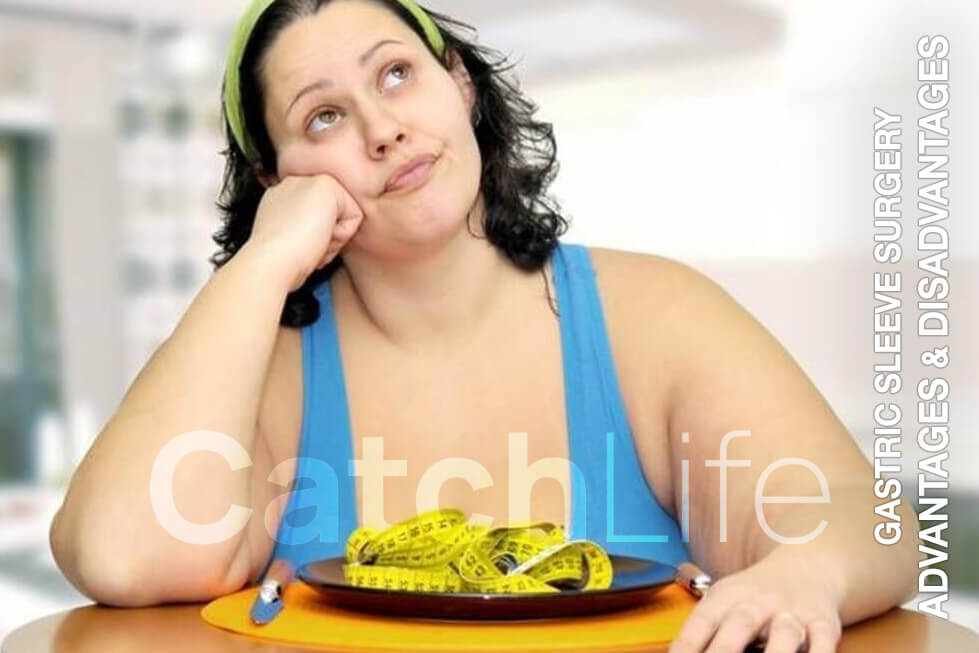 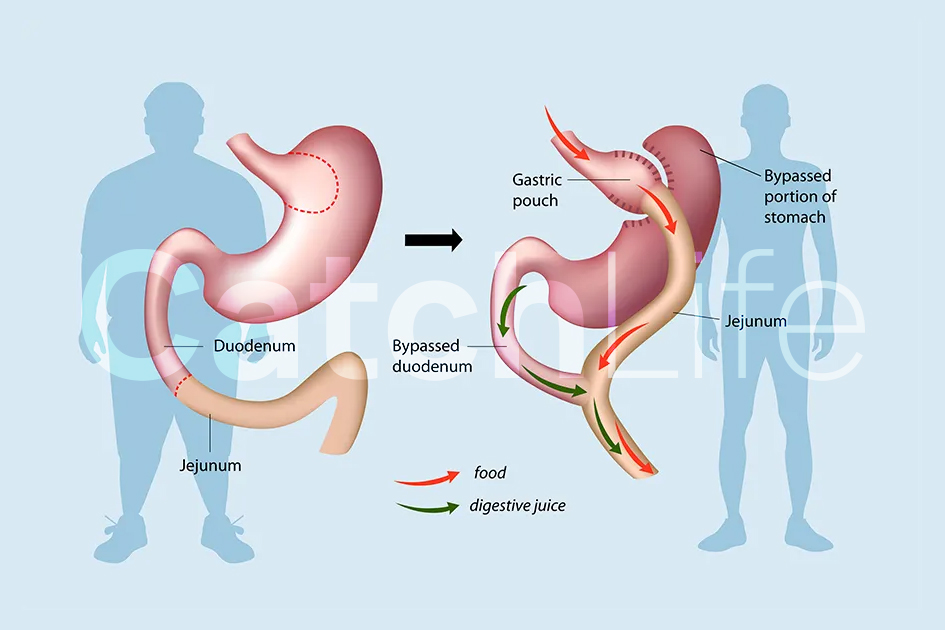 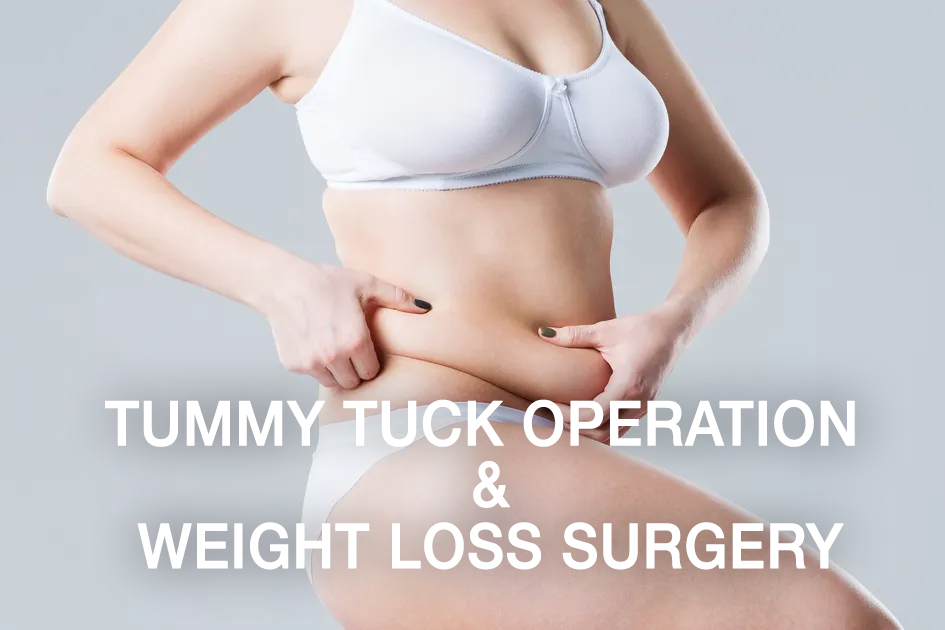 Tummy Tuck Operation and Weight Loss Surgery – What are the Difference? 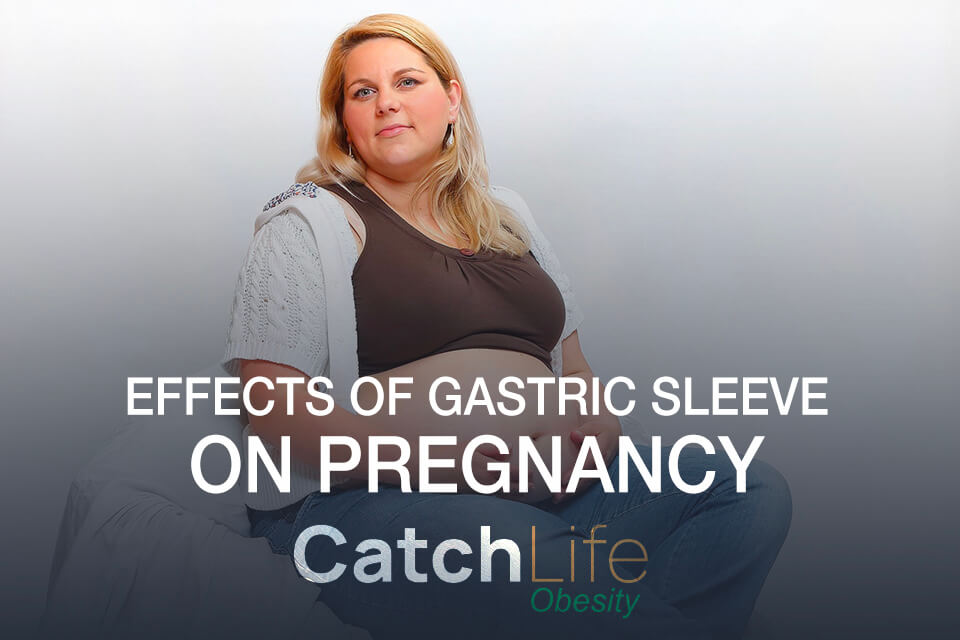 Effects Of Gastric Sleeve On Pregnancy 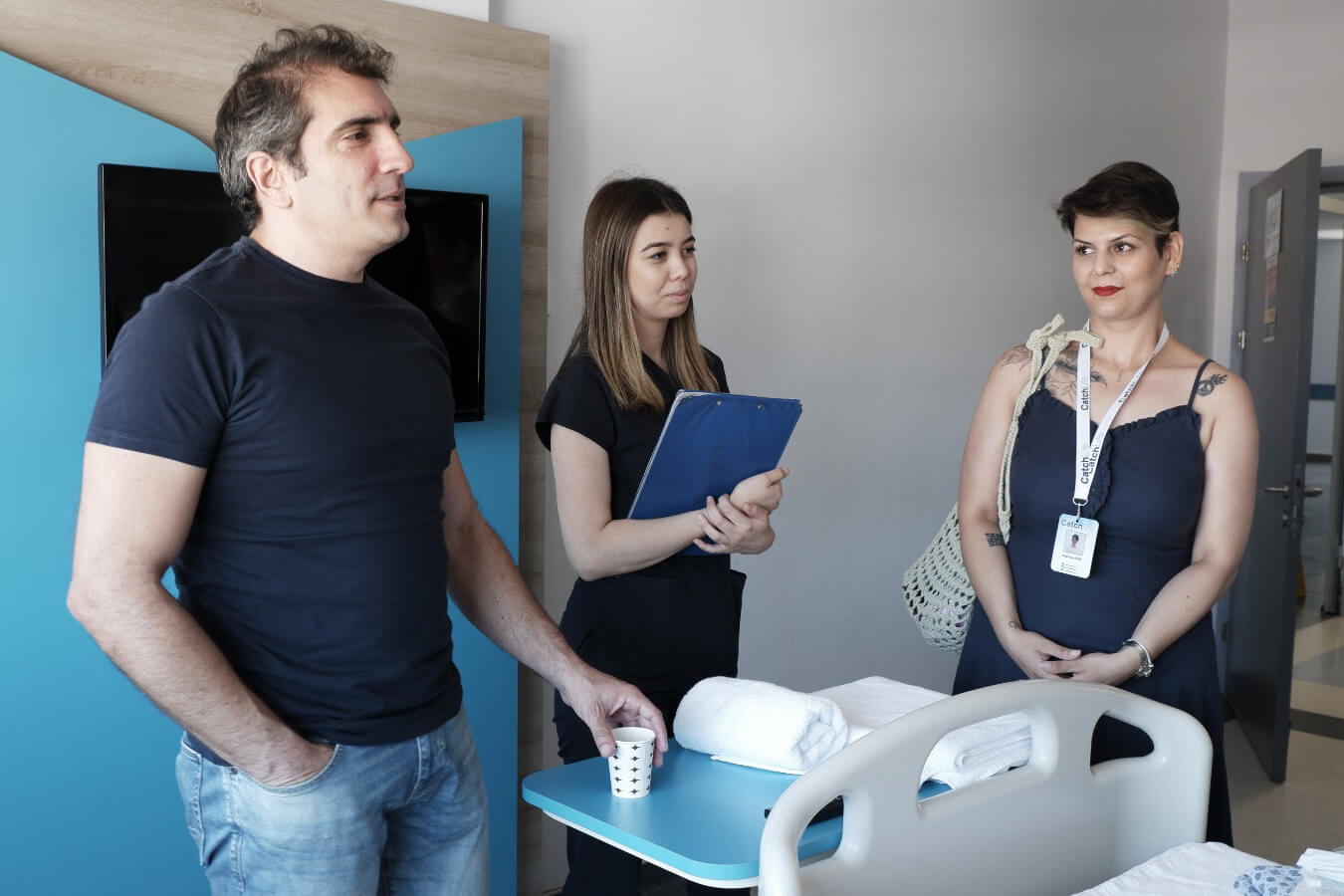 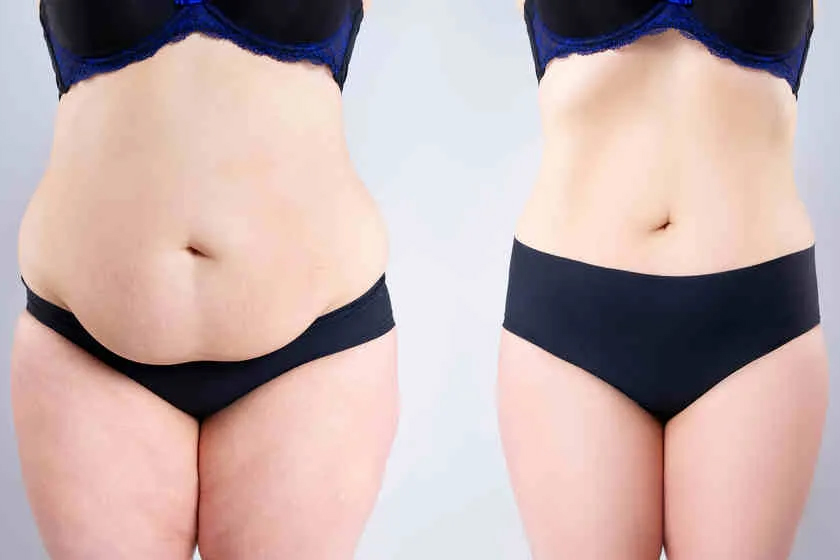 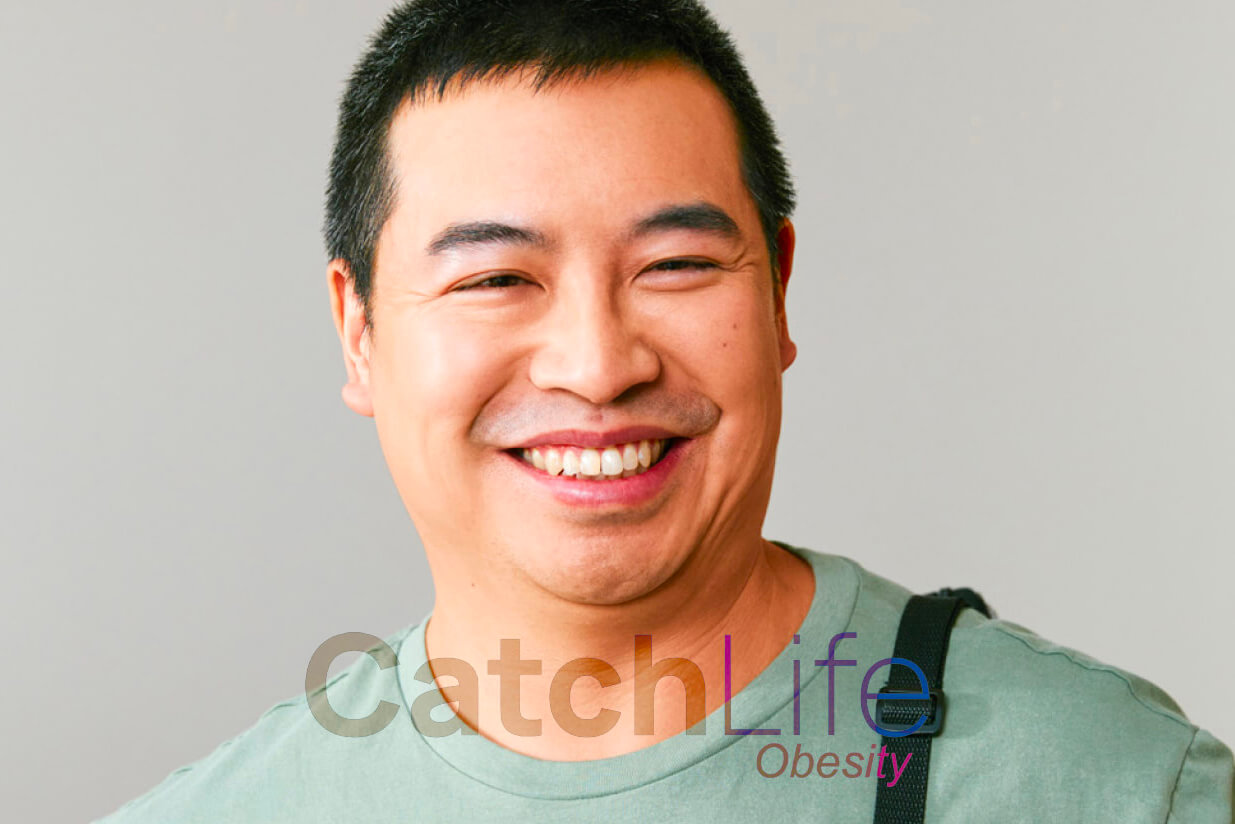 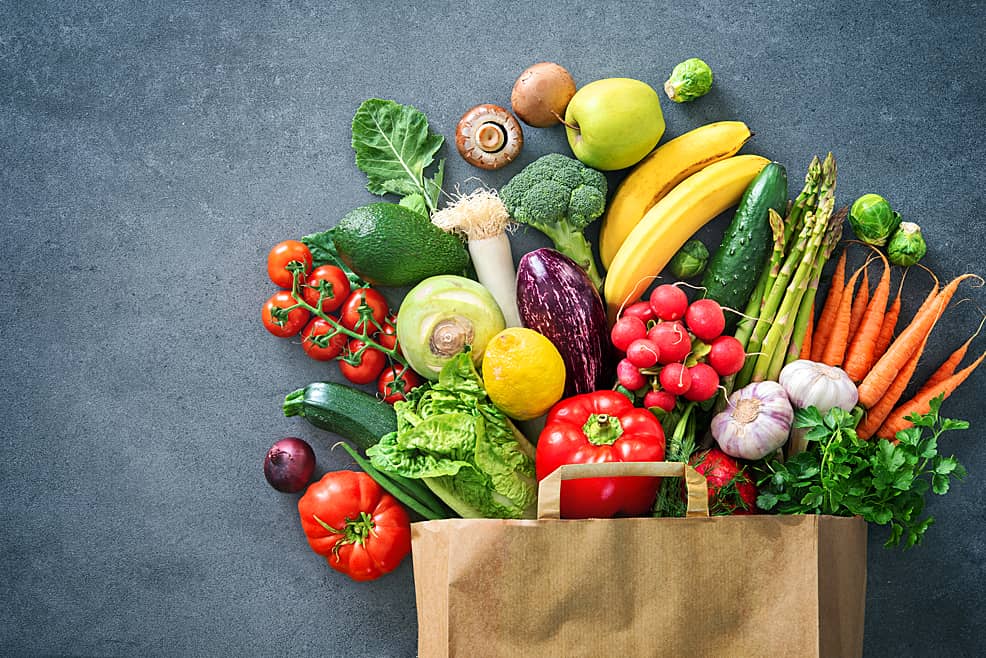 Your Guide To Gastric Diet: What To Eat & Keys To Success 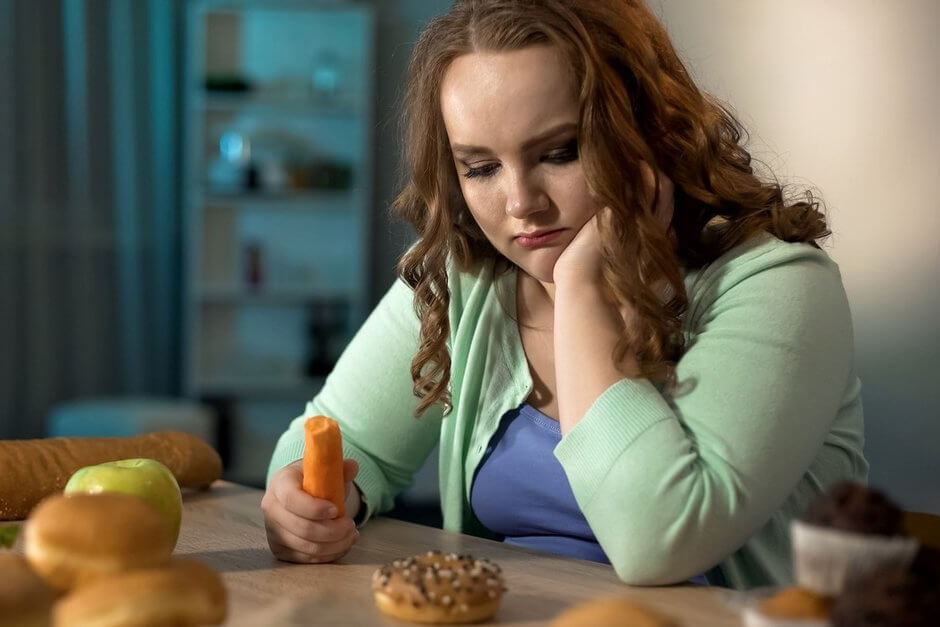 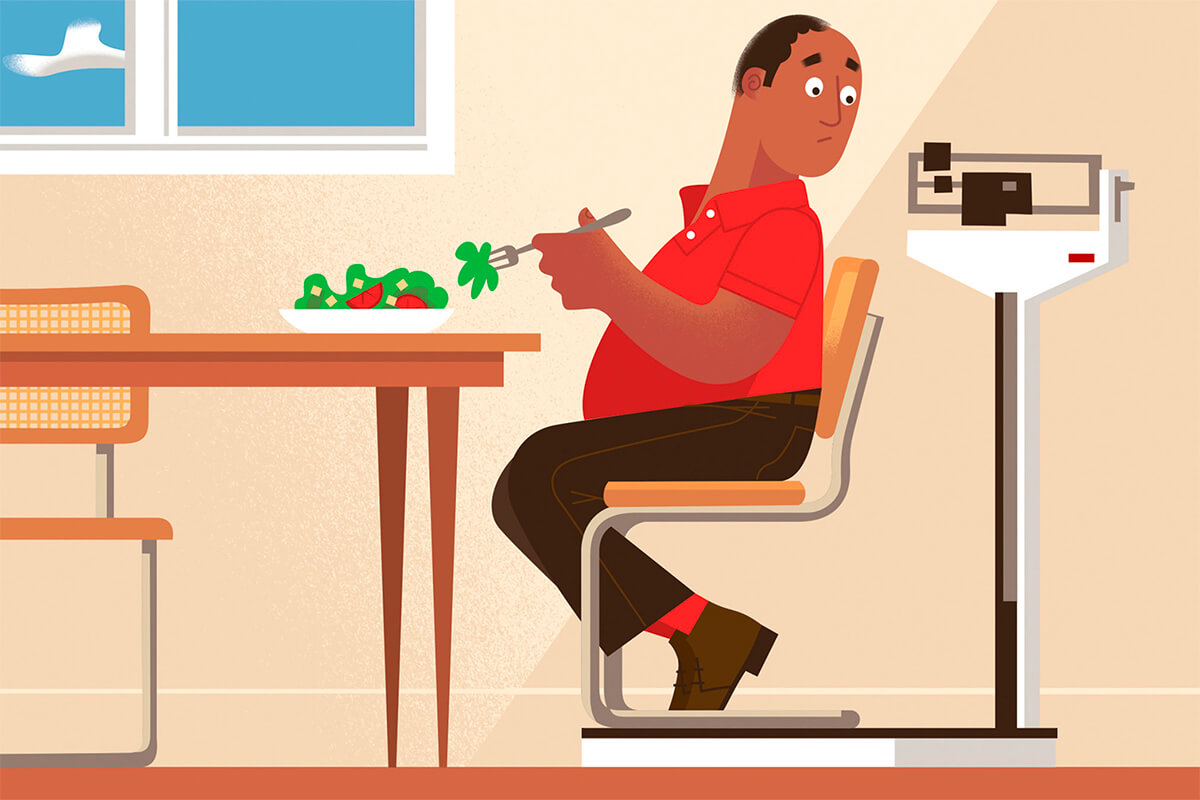 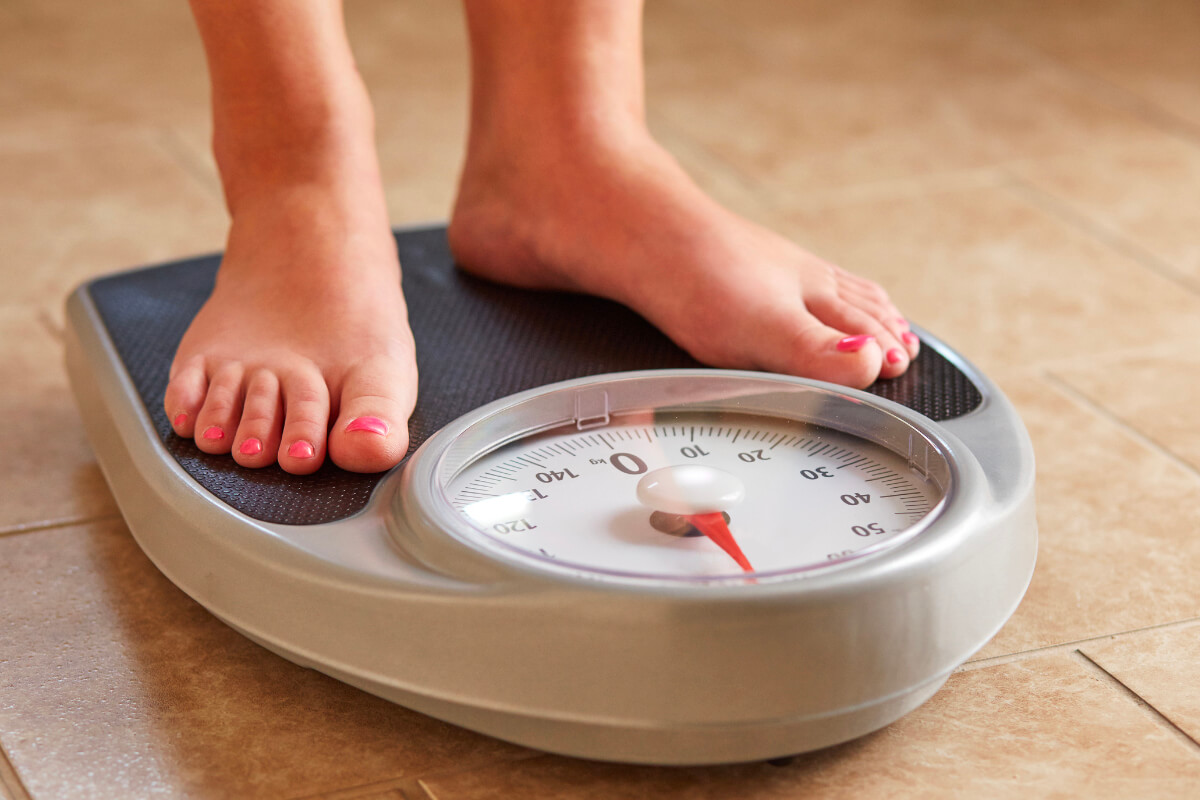 Is Gastric Sleeve Surgery Right For You?

Any questions about bariatric surgery in Turkey?

Hello, write us on whatsapp now!